Music Strait From the Heart delights all 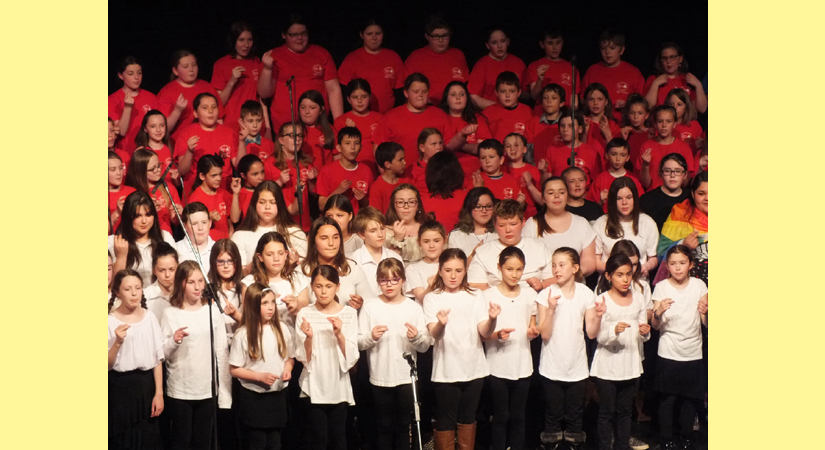 Singers in the Grand Finale

There were many proud moments for parents, students, teachers and staff and those in attendance at last week’s 17th annual Music Strait From the Heart concerts at SAERC in Port Hawkesbury.
Emcee and organizer Jackie Dunn MacIsaac paid tribute to Tammy Landry, one of the visionaries behind the concerts, which showcased the talents of youth from the regions schools.
The night of Thursday, June 6th, featured the talents of schools from Inverness and Richmond Counties and MacIsaac also took the occasion to pay tribute to the 75th anniversary of D-Day. MacIsaac thanked the teachers for the time, care, and energy they put into the concerts.
Over 360 students from grades two through 10 performed over two evenings.
Until next year, keep on singing, keep on playing!