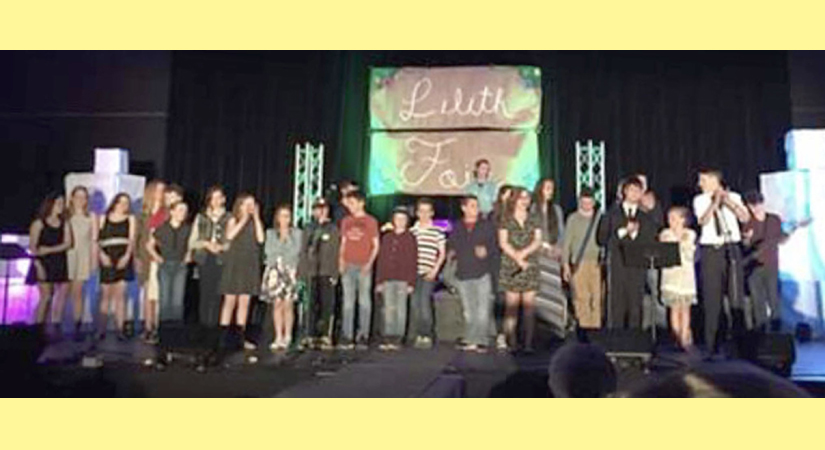 The times they are a changin’.
What started out eight years ago as a music program fundraiser at Inverness Education Centre Academy, the Tribute to Lilith Fair concert has moved on this year to an online performance featuring participation from musicians at numerous schools.
Neil MacQuarrie, who teaches music in Inverness, said the cancellation of classes due to the COVID-19 pandemic forced him and his students to be extra creative this year.
“For the past couple of years, it was a project for the grade 11 and 12 music class. This year, it includes musicians from NDA, CBHA, Dalbrae, Bayview, Whycocomagh, Richmond, and one student from West Kings in Annapolis Valley,” he explained.

“What we’re having them do is pre-record a song and then we will combine it all for a concert.”
The concert will be posted on the Inverness school’s Facebook account, running from May 25th to the 30th, at which point it will be taken down.
The concert is free to view, but MacQuarrie said viewers will be asked to make a donation to the food bank in their community. “It will be on the honour system, but people are really good in supporting their communities through all this.”
MacQuarrie said the playlist is in a state of flux right now, but viewers will get to hear a wide range of music played by up-and-coming musicians.
“You’ll hear everything from Lady Gaga to the Beatles,” he said.
The original Lilith Fair was organized by Halifax musician Sarah McLachlan in 1997, to bring attention to women songwriters.
Avery and Neil MacKinnon are recording a version of McLachlan’s I Will Remember You for the show.
Viewer will also get to hear the Inverness school band play a couple of tunes, one by the Lumineers and another by Johnny Cash. The band includes drummer Evan Poirier, guitarists Logan Poirier and Hudson Forance, bassist Jacob Phillips, and Ben MacKay on vocals.
MacKay and Kevin Windle will emcee the show.
Mark the dates, May 25th – 30th, on your calendar, enjoy watching the talented young musicians, and then follow through with your food bank donation.