Hands Dancing exhibit: On at the Inverness Centre for the Arts 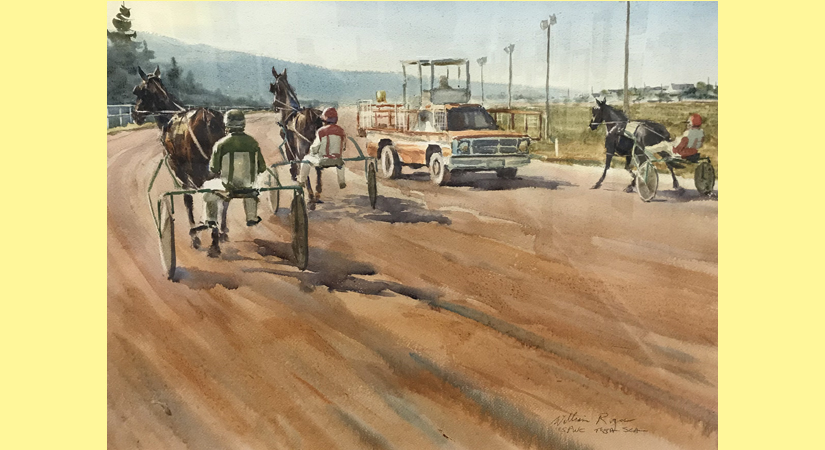 Members of the Inverness Centre for the Arts have their art work on full display for the next number of weeks as the Centre holds their annual Hands Dancing exhibit.
Through the weeks of July 18th to August 30th, the Inverness Centre for the Arts will be presenting art pieces by artists who hold a membership with the centre. Each member has the opportunity to display up to three of their own creations to the public during these eight weeks.
“It’s been busy all week, it’s great,” said ICCA manager Ash Young. “With this exhibit, we try to promote our members.”
In addition to the Hands Dancing exhibit, ICCA has reopened its gift shop that hasn’t been running for the past number of years. Some items in the gift shop include Larch Wood cutting boards, MacLeod of Cape Breton jewelry, the works of Virginia McCoy, and more.
“This is an exhibit that has been in the community since the ‘80s; it started when it was hosted at the legion and then it went to the post office upstairs, and then it’s been here (Centre for the Arts) since 2003,” said Young. “This year, due to COVID, we are running it longer than usual...it is pretty much double the length we usually have it, usually it is only about three weeks.”
Because of COVID-19 restrictions, the centre was unable to hold a grand opening to the exhibit, but rather, a soft opening was done instead, this meaning the centre carried on with opening as if it were a regular day.
The Hands Dancing exhibit is happening Sunday to Tuesday from 11:00 a.m. until 5:00 p.m. The gift shop will be opened at the same time as the exhibit.