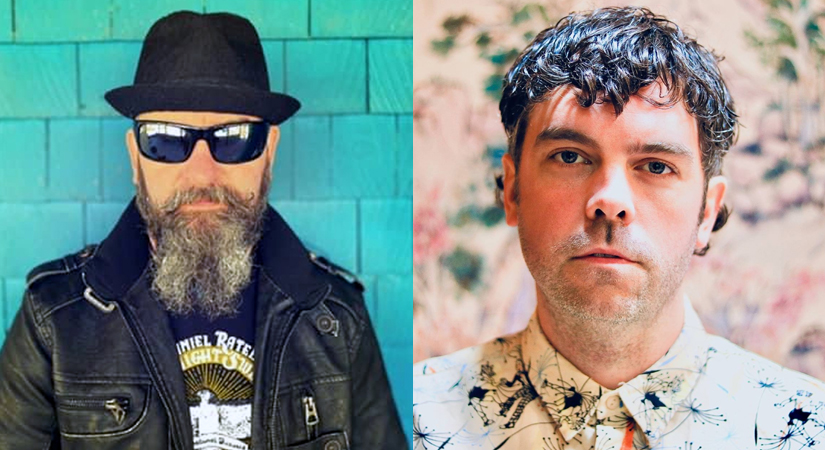 -by April MacDonald
And now they are shooting for the top 10!
Aaron MacDonald and Mike Ryan certainly have carved out a loyal and dedicated fan base.
Inverness County folks stick together and are very good to support one another, but these two musicians are just great guys and fantastic musicians who have been in the limelight for quite a while now.
There was a lot of excitement surrounding this year’s CBC Searchlight competition, especially with the local boys in the running.
Here’s how this national Top 100 was decided: half of the list was decided by your votes, meaning that the 50 artists with the highest number of votes have automatically made it through (which was the fate for Ryan and MacDonald); the remaining 50 made it through by internal judging from a team of CBC Music producers and leading Canadian music industry experts.
The Top 10 finalists will be announced on Tuesday, June 15th. Three of the finalists will be determined by votes, while seven will be chosen by the CBC judges.

Aaron MacDonald and Michael Ryan made the CBC Searchlight’s Top 100 Emerging Artists for 2021 – in total there are seven artists from Nova Scotia left. Two of them are from Route 19. It began with about 2500 artists.
“Anyways, two fellas growing up 15 minutes apart from each other on Route 19 are in the Top 100 national emerging artists, shooting for the Top 10 now, said Aaron MacDonald.
“Kinda crazy,” he added.
Asking MacDonald about why he entered the competition and what it means, he said, “This contest is just another example of how I’m trying to push my new music out for people to hear. I made this commitment to myself at the start of this pandemic so I’m trying to stay true to that,” explained MacDonald.
“The fact that myself and Mike have cracked this Top 100 nationally just shows the great talent that is from our area and the great people that support music and the arts from Route 19, Cape Breton, and the East Coast in general,” said MacDonald.
“It’s kind of crazy and awesome all at the same time,” he closed.
Reaching out to Mike Ryan, he had a great campaign for getting fans to vote (this man can really spin a basketball – if you haven’t seen it, check out his Facebook page for some jaw-dropping skills).
“I feel incredibly grateful for the support I’ve received so far,” said Ryan.
“It’s amazing being from such a genuinely supportive community and area. There’s no place in the world like our amazing little homes in Cape Breton. Seeing two people from Inverness County in the Top 100 in the country is awesome,” he explained.
“The county and all of Cape Breton have so many amazing musicians, I feel lucky to get to be surrounded by so much talent. Aaron himself has always been someone I’ve looked up to as a musician, songwriter, and as someone dedicated to music,” he closed.
Once the Top 10 is announced, the CBC panel of music industry judges will take over to determine the grand prize winner and four runners-up of CBC Music’s Toyota Searchlight 2021, which will be announced on Tuesday, June 22nd.
Good luck, Aaron and Mike, and congratulations to all Searchlight 2021 Top 100 national contenders!