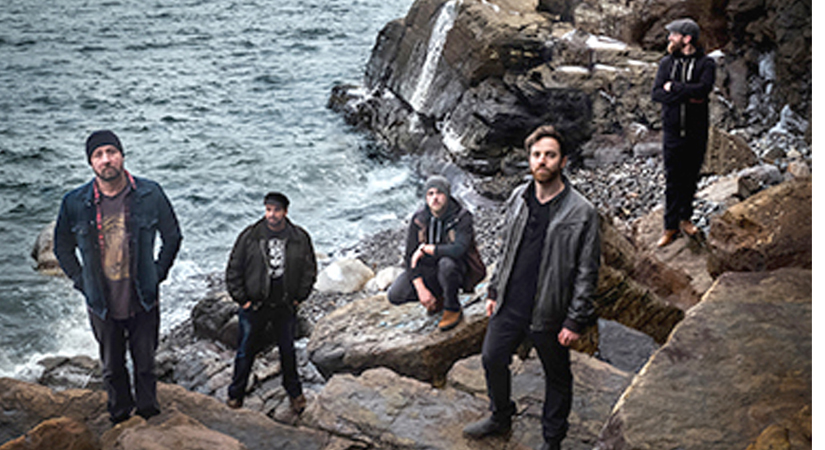 Jason MacIsaac is a guitarist and founding member of international touring act The Stanfields since its formation in 2008.

The next time Jason MacIsaac is on stage with The Stanfields, he will have to play The Flintstones’ Happy Anniversary song to himself.
The Dunvegan musician, when not performing his day job as a ceramic tile installer, is also the owner of The MacIsaac Agency, a Halifax-based artist booking agency representing emerging and international touring artists from a diverse variety of musical genres.
The agency was formed in 2006 as JJ Bookings and renamed in early 2015.

And while the music industry was heavily hit in March of 2019 when COVID restrictions were put in place, MacIsaac said business is beginning to pick up again.
“Where the music industry is at, it seems to be kicking up again, but there’s still some uncertainty out there,” he said.
“We (The Stanfields) played our first show in a year-and-a-half at Sheet Harbour. Once we got a show booked it was a kick in the pants to start practising again. It was good for a laugh. When you’re playing all the time you get used to playing the songs. It’s amazing what you forget after a year-and-a-half.”
With the agency during the start of the pandemic, he said he was juggling a lot of dates, some of which are now booked for 2022.
“It was booking an act, then rebooking it, then rebooking it for the fall, then rebooking it for the spring.”
But with the prospect of things going back to normal, MacIsaac said he plans to go slow on gearing up the agency again.
“Basically, it’s just us right now. At certain times before the lockdown, I had too much going on and people suffered because you didn’t have the time for them,” he said. “I definitely don’t want to stop, but I will dial it back for now.”
So when will he book The Stanfields for their first-ever gig in Inverness (I ask this question whenever I see Jason)?
“Next year for sure. The Arts Centre is doing great things and it’s nice to see all that good music being played in town.”
The MacIsaac Agency was nominated seven years consecutively as Booking Agent Of The Year at Nova Scotia Music Week. MacIsaac received industry recognition, winning the award five times in 2012, 2013, and 2015 through 2018 and has worked with stand-out and multiple award winning acts such as Dylan Menzie, Like A Motorcycle, Rawlins Cross, The Stanfields, and The Town Heroes.