Concert for the Ukraine a success at Strathspey Place 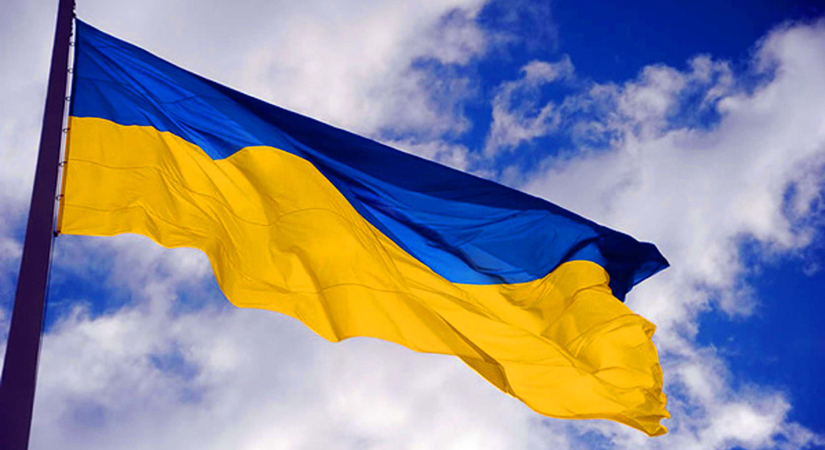 It may be half a world away, but the Ukraine and its people were very much on the minds of those of us in Inverness County this week with an outpouring of support demonstrated through an outstanding fundraising concert held on short notice Thursday evening at Strathspey Place.
The concert was put together by the Inverness County Council for the Arts with much of that effort from Arts Centre Executive director, Ash Young, and board member Beth Ryan.
The concert was emceed by none other than Mary Janet MacDonald and featured a remarkable array of talent of all ages from throughout Inverness County, Cape Breton Island, and beyond – all volunteer.
Many of the musicians involved remarked on how happy they were to be performing in front of a live audience again and they also expressed how great it felt to be doing what they could to support the cause of the Ukrainian people under siege in recent weeks by Putin and the Russians.
The concert was also supported by The Municipality of the County of Inverness and Cape Breton Villas.
Bayview teacher and musician Peter MacInnis opened the concert leading a number of his students through an instrumental number and a moving rendition of John Lennon’s Imagine.
Joanne (Rankin) MacIntyre followed with an astounding a capella Gaelic song prior to being joined on stage by her four talented sons: James, Niall, Cameron, and Stephen.  MacIntyre deserves credit, as noted by Mary Janet MacDonald, for being one of the stalwarts who has worked hard in keeping the Gaelic traditions alive in Inverness County in recent decades and for passing that heritage on to her musical children.  They closed their performance with a captivating rendition of the Our Father prayer in Gaelic.
“I was moved to tears with her opening a capella piece,” one audience member told me following the show.
Judique resident and West Bay Road native Jon Hines has been making a name for himself in the blues circles recently having just been nominated for an East Coast Music Award this year.  Hines demonstrated why with a powerful set of tunes showcasing his songwriting, guitar, and vocal talents.
Guitar wizard Brian Doyle was next to grace the stage and as usual, he did not disappoint.
“What a great evening this is turning out to be and for such an important cause,” said Doyle before launching into a slow air (Lakes of Ponchatrain) that moved everyone in the house.  It wasn’t long before Doyle was ripping into a set of up tempo tunes that had his fingers dancing across the fretboard and soon he was joined on piano by Margie Beaton in a set that included an original composition which appeared on Scott Macmillan’s Mini Session Vol. 1 CD recording.
Colin Grant demonstrated why he is in such high demand as a fiddler when he took to the stage accompanied by Brian Doyle as well.  Grant didn’t stop smiling his whole set which included tunes composed by Cameron Chisholm, Arthur Muise, and Maybelle Chisholm MacQueen (Doyle’s mother).  Grant’s set also included a tribute to the Ukrainian community both there and in Whitney Pier, Cape Breton, and tribute to a musician that Grant had the opportunity to learn some traditional Ukrainian music from years ago.
The energy of Grant’s uplifting performance was so contagious some people couldn’t help but begin dancing in the aisles and Grant noted that it was “so nice to play for dancers again!”
Mabou’s own Aaron MacDonald showcased some of the new songs he has composed through the pandemic and we had the chance to hear some of these songs which may be appearing on an upcoming album he’s currently working on. MacDonald brought his daughter Violet Mae MacDonald onstage to perform a song he composed for his wife Melanie, called I Still Need You.
Sisters Dawn and Margie Beaton always make a wonderful fiddle duo complimenting each other’s playing with intricate bass lines and harmonies and they were joined by Brian Doyle on guitar and Andrea Beaton on piano for a wonderful set of tunes that had everyone looking forward to the days when we’ll be able to dance again.
The generosity of all the musician, stagehands, and technicians behind this show was noted by emcee Mary Janet MacDonald as she introduced the final performer of the evening, Joel Plaskett.
Plaskett said he was very happy to be in Cape Breton supporting such a great cause noting that his wife has Ukrainian ancestors.  Melt The Universe with Brotherly Love, There’s A Reason Why I Love This Town, and Can I Go Nowhere With You were some of the favourites from his songbook that he shared before calling out his father Bill Plaskett on guitars and vocals to join him for several more numbers.
“Thanks so much for the invitation and what a pleasure to share this stage with such a talented group of musicians.  What an incredible community you have up here,” said Joel between numbers.
The Plasketts received a standing ovation for their set and were brought back for an encore that Mary Janet MacDonald described aptly as “absolutely amazing.”
MacDonald thanked many of the people who worked so hard behind the scenes to make the concert a reality. She noted that with the support of the audience, Cape Breton Villas and The Municipality of the County of Inverness County, and the government matching, they raised $18,650 through the evening’s efforts. The organizers wished to thank everyone involved in this amazing event.
Anyone wishing to contribute to the Canadian Red Cross can go to their website at www.redcross.ca to make a donation.