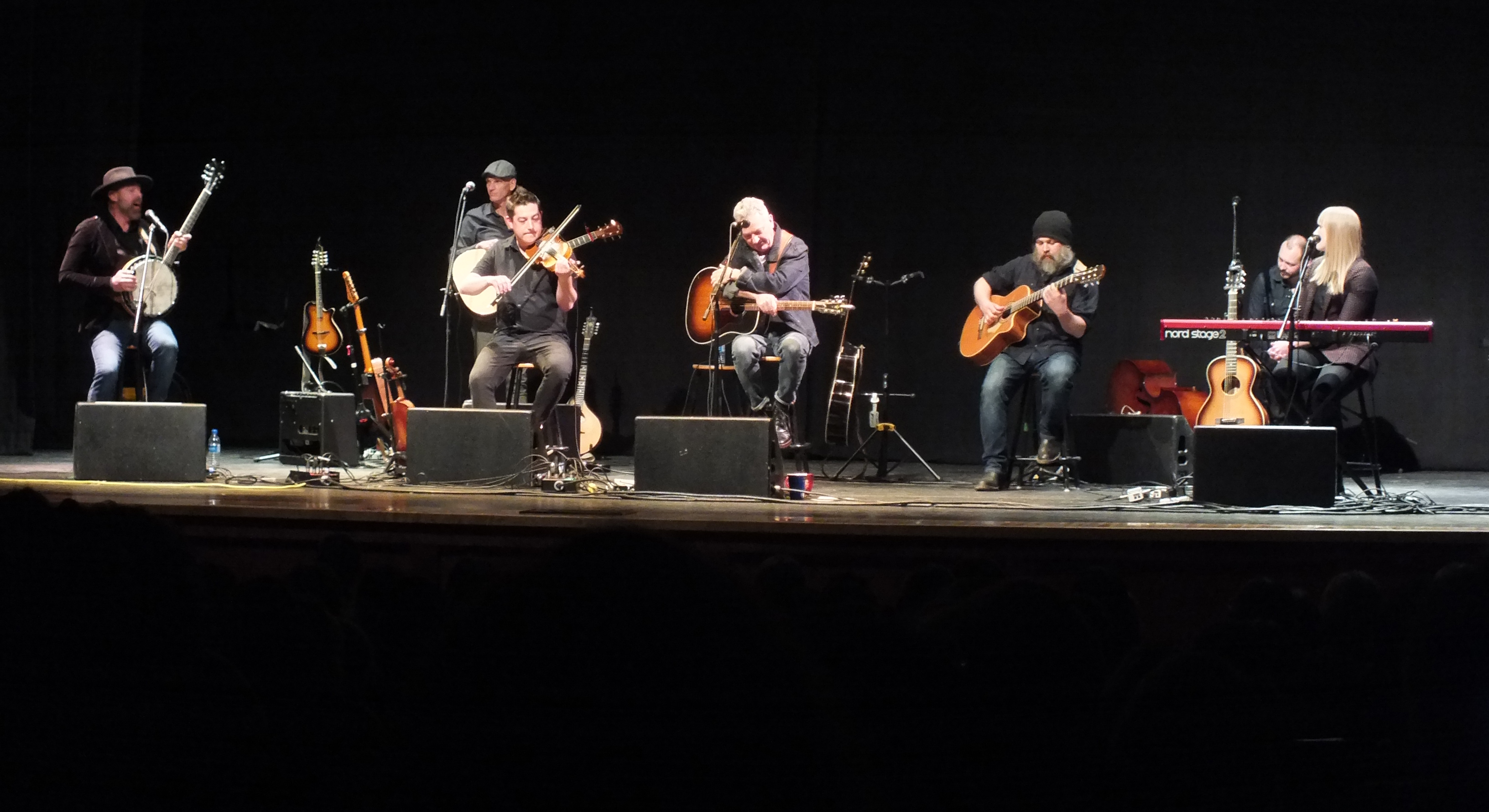 -by John Gillis
Collaborations created many highlights from Jimmy Rankin’s Kitchen Party concert last Thursday evening at Strathspey Place. From the moment piper Rankin MacInnis made a dramatic entrance from back of the theatre to the final notes of the encore number – You Feel the Same Way Too, it was powerfully evident.

Rankin opened the show with an upbeat number from Movin’ East called Lovin’ You Never Gets Old, joined on stage by his long-time band mate of 20-plus years, Jamie Robinson of Windsor, NS. Robinson was stellar on lead guitar, mandolin, and other instruments as well as backing vocals along with Newfoundland native Ronald Hynes contributing solidly throughout the evening on stand-up bass and vocals.
Jimmy introduced friend and guest Breagh (MacKinnon) Isabel who opened with her beautiful song, Only An Island. Expect to be hearing more from this young Cape Breton talent who has so much going for her. Isabel noted that Matt Andersen has recorded the song. She has been immersed in music since childhood and has already amassed a tremendous amount of experience there. If you haven’t yet seen or heard Breagh perform, you are in for a treat. This young lady has so much to offer, having gained tremendously from such opportunities as attending Gordie Sampson’s songwriting camps, scoring radio hits, touring nationally and internationally as a member of the trio Port Cities band (with Dylan Guthro and Carleton Stone). She has also signed a publishing deal in Nashville, which has already created opportunities for co-writing and placing songs in film and television soundtracks.
More recently, Breagh has been spending time developing her skills on the production end of the spectrum and not so long ago, completed a music degree with a major in jazz studies.
She has collaborated with many artists, including the making of an interesting single called Good News with Nova Scotia rapper Classified, which fans can check out on YouTube.
This was the first time for Jimmy and Breagh to share a stage together as they would do for three successive nights as part of this tour.
Jimmy followed with a moving rendition of Tripper, a tragic ballad of a local character who comes to a bad end on the “wrong side of the law.”
Stephen MacDougall, (of the bands Slowcoaster and Hauler) was also a guest on the program. He and Rankin have been frequent songwriting partners over the years.
MacDougall introduced and sang his tune, Love of Lost Sake.
By fan request, Jimmy followed with a popular number from his first solo (Song Dog) recording called Midnight Angel.
One of my favourites of the night was Breagh Isabel’s original, The Idea of You.
MacDougall played banjo for much of the concert and was joined on stage by fellow band members from Hauler – Colin Grant on fiddle and Mike Lelievre on acoustic guitar.
They contributed greatly to the remainder of the evening adding tasty licks, background vocals, and accompaniment in appropriate places. Grant has the ability to not only shine on traditional fiddle medleys, but in jamming situations in a supporting role as well.
MacDougall performed a dark and tragic ballad inspired by ghostly Cape Breton storytelling called, The Widow’s Vow.
Jimmy Rankin followed with a lively version of another Rankin Family favourite with some help from the team on Movin’ On, then a superb rendition of Here In My Heart, one of my personal favourites from his growing catalogue of songs. He followed with a newer song of his most recent recording, Movin’ East, called The Raleigh Man – paying tribute to those door to door “lotions and potions” salesmen of his youth.
There was another riveting and rousing rendition, what you might call a timeless Gaelic inspired rap, an old Rankin favourite called Johnny Tulloch. This brought the performance to a close and had everyone pining for “a dance in Glencoe.” This popular number resulted in a standing ovation which brought Rankin and friends back for a rousing farewell version of You Feel the Same Way Too.
It was evident, with COVID-19 still very much a threat, that the majority of the audience were still wearing masks for the evening – good for self-protection as well as protection of the fellow patrons, staff, volunteers, and musicians.
The musicians expressed their gratitude to the audience for coming out to support them and people genuinely seemed very happy to be out for live concerts again. Let’s hope Strathspey Place has more shows coming soon.
It was a great show with many highlights, including an excellent version of one of Rankin’s newer songs, Highlander, which featured the return of Mabou’s Rankin MacInnis to the stage on pipes.
The concert was an excellent reminder of how fortunate we are in Nova Scotia to have such a compliment of high caliber of musicians so comfortable and talented to entertain on our stages.