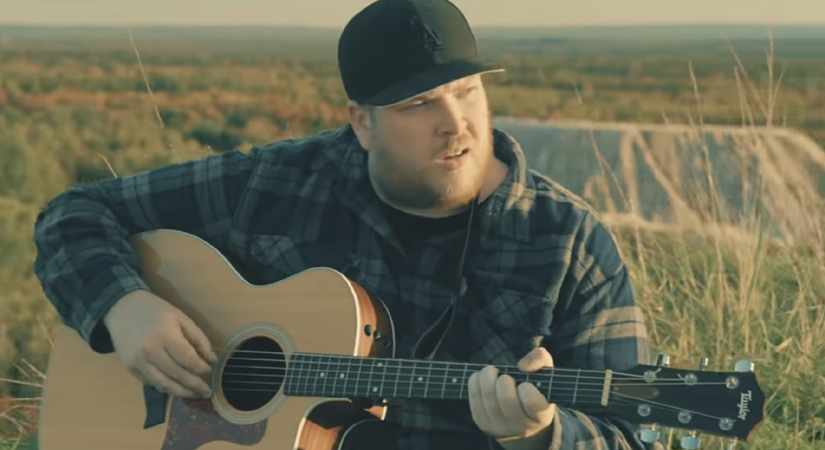 Brett Matthews, 30, hopes to complete and release his debut EP before his cross-Canada tour with Classified in the fall.

-by Brad Chandler
It has been over two years in the making, but Whycocomagh’s Brett Matthews will finally see his music hit the shelves when he is featured on Canadian rap legend Classified’s next album coming June 29th.
The 30-year-old singer-songwriter can be heard on the majority of the album’s 14 songs, which will showcase acoustic renditions of Classified’s best hits from over his career. The album will be titled Retrospected.
Matthews, who has been writing and performing music privately since the age of 12, met with Classified after a social media post was created by the rapper in 2019, searching for talented singer/songwriters interested in accompanying him on an acoustic tour in the fall of that year.
The pair first came together in the final months of 2019, right before the COVID-19 pandemic began and have been working on the album ever since.
Matthews’ talents were first showcased on Classifieds 2020 EP Time, in the single titled “Pills and Blankets,” a song originally written by Matthews years before the official release.
He is featured on all three of the released singles for the album, including the lead single “All About You” which features Matthews vocals and guitar playing along with fellow Nova Scotian artist Breagh Isabel and Classified himself.
In an interview with The Oran, Matthews touched on the surreal feeling of being able to rerecord and release some of the Classified hits that he grew up listening too.
“All About You,” that was my favourite song in high school. Every day on the bus, me and my buddy, Mike, would share headphones and listen to Classified. So, it was pretty cool to be involved with remaking that song years down the road,” he said. (Classified) treats us very well. He’s very appreciative of what we do for him and vice versa.”
Matthews, who has been touring sporadically with Classified and his band over the past two years, will finally be able to travel across Canada this October as part of the acoustic album release tour that was originally slated for the fall of 2020.
He says while the album was completed in the midst of the COVID-19 lockdowns, the down time gave he and fellow writers an opportunity to do some fine tuning to make the album as good as it could be prior to release.
“It’s been put off for so long, so it’s nice to actually see things getting released and people receiving it well. We had these plans and things were going well, and then COVID came and all of a sudden we couldn’t do those shows,” Matthews said. “It’s just been really cool to get in the car then all of a sudden I hear myself on the radio. I know how long we’ve worked at it so it’s very cool to get the reward of finally hearing it.”
Despite actively performing with a variety of great Canadian music artists today, Matthews says in the past, his nerves constantly kept him from performing publicly, instead opting to share his covers and songs online, after friends encouraged him to do so.
“I've always been a self doubter,” Matthews said. “But (Classified) has been very supportive and so he’s been a big help for my confidence.”
In addition to the upcoming Retrospected album, Matthews says he is also in the process of finishing up his very own debut EP. The release is expected to be a collection of six or seven songs written by Matthews and produced by Classified himself. Other notable artists like David Myles and Breagh Isabel are noted as songwriters on the record as well.
Matthews says he hopes to release music from his debut EP in time for the Retrospected tour in October.
He will be on stage next in St. Johns Newfoundland on June 19th.