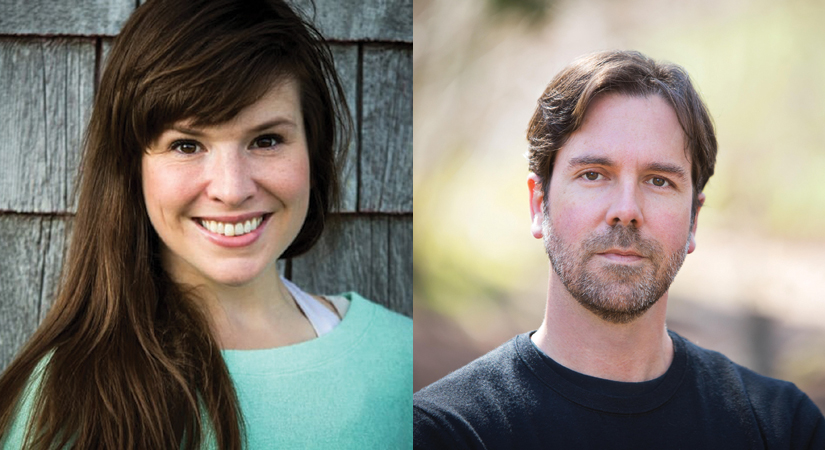 -by Brad Chandler
A pair of local authors will have the chance to see their stories come to life this year, after each have had a novel adapted to a television series this past month.
Inverness’s Tom Ryan and Mabou’s Kate Beaton have both agreed to television deals with major companies that will see their novels transform onto the small screen.
It was announced on May 12th that Ryan’s award winning young adult mystery novel Keep This To Yourself would be given a television series on American Spanish-language network giant Telemundo.

The show will be aired on the networks brand new English language programming block and will be produced by WV Entertainment and their owner Wilmer Valderrama. In addition to his production company, Valderrama has had a successful acting career, playing popular roles like Fez on That ’70s Show and Nick Torres on NCIS: Hawaii.
After already finding great success with Keep This To Yourself since its release in 2019, Ryan says a television series based on one of his own novels is truly a dream come true.
“It’s pretty exciting, I feel like I am on cloud nine. I’m still pinching myself because I can’t believe it’s happening, but [it’s] full steam ahead at this point, and I feel pretty good about it.”
Starting nearly three years ago, Ryan says there has been interest in optioning the rights to his novel since its release. The 45-year-old has been working together with producer Cheryl Bayer in hopes of finding an eventual buyer in Los Angeles who is interested in creating a program based on the story’s plot.
“It was a great experience,” Ryan said. “I learned a ton about how TV is made and about writing scripts. I worked with some really neat people and thought ‘who knows, maybe something will happen down the road.’”
It wasn’t until this past January when Ryan got a call that one of the world’s largest Spanish language networks, Telemundo, had interest in his novel and wanted to buy the story’s script.
Ryan says usually when networks pick up stories from authors, they often fund them to go away and write a pilot episode before deciding if they wanted to move forward in the process or not. However, in his case, Ryan says the network was so satisfied with his team’s pitch that they offered to go ahead and start putting together an entire television series based on the book’s plot.
The series, written by Ryan, Mark Kruger, and Danny Fernandez, is set in the year after the notorious Catalog Killer murdered four victims before disappearing in plain sight. After his best friend falls victim to the murderer, a teen tries desperately to leave the horrible summer rampage in the past. Yet, when a cryptic message turns up one day, the search for the killer reignites, leaving no one in the community beyond suspicion.
“It wouldn’t have been unusual for them to buy the rights from me and then write me a cheque and send me royalties if it was a hit,” Ryan said. “But my producer, Cheryl Bayer, really has mentored me and has helped guide me into being a producer and a writer myself, so I get to be right in the middle of everything…I’m going to have an executive producer and co-creator credit and writing credit and it’s like a dream come true.”
Ryan and a team of writers will get together starting May 31st for the next 16 weeks to try and craft together a script for Keep This To Yourself.
Another local author is well underway in the creation of her first television show, as Mabou’s Kate Beaton has seen her children’s novel The Princess and the Pony transform into an Apple TV animated series this past April.
The show is titled Pinecone & Pony and is produced by DreamWorks Animation Television.
The series is based off of Beaton’s award-winning children’s novel that was released in 2015.
Dating back to 2017, Beaton says her show’s recent release is the culmination of nearly five years of meetings, pitching, and planning.
“The first season of any show is always the most work because you’re building everything from scratch,” Beaton said. [To see the book become a show] is unbelievable. I remember the first time I saw the animator put my drawings through a walk cycle, it was the first time I saw my drawings move. I’ll never forget that feeling. It’s overwhelming. It’s an amazing feeling because we all grow up watching cartoons, but you never imagine that it’s your drawings that will one day be up there.”
The 38-year-old mother of two has been writing and illustrating since 2007, and has gone on to win numerous awards for her novels, including a CBC Children’s Choice Book Award for her illustrations in The Princess and the Pony in 2016.
The television series follows a young girl named Pinecone and her best friend Pony as they learn that there’s more than one way to be a warrior. Together, they show the world how to challenge expectations and that life can be a fun-filled adventure.
Beaton says that to have a novel adapted into a television series is the best case scenario for any author or illustrator.
“You get to watch kids interact with it on a whole new level…[it] feels good because we worked so hard to try and meet the audience where they are and yet make it also good for adults,” she said.
Beaton currently acts as an executive producer on set for the show’s production.
The first eight episodes of Pinecone & Pony are available right now on Apple TV+, with more episodes set to be released in the near future.