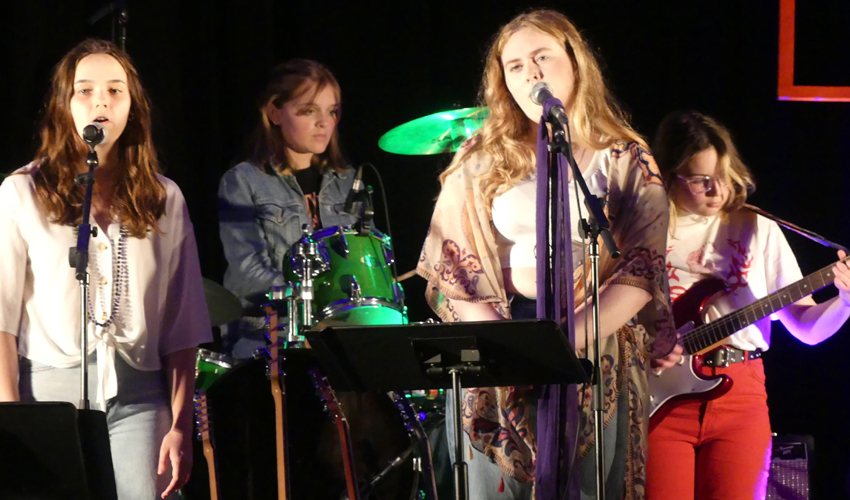 -by Brad Chandler
Locals who attended this past weekend’s Tribute to Lilith Fair concert can all agree on one thing: Small towns can produce some big voices.
On Thursday and Friday night at the Inverness Education Centre-Academy, students from IECA and surrounding schools wowed concert goers with a variety of musical performances covering some of the biggest names in music history.
This year’s event was the 12th of its kind and is put together each year by IECA music teacher Neil MacQuarrie.
In back to back performances, students from Inverness, Bayview, Dalbrae, Ecole NDA, and CBHA embodied the spirit of some of music’s greatest performers, covering artists like Fleetwood Mac, The Foo-Fighters, The Chicks, John Prine, and Billy Joel just to name a few.
The performances were emceed by the comedic stylings of “James Corden” and “Larry King” otherwise known as Olen Forance and Angus MacKay.