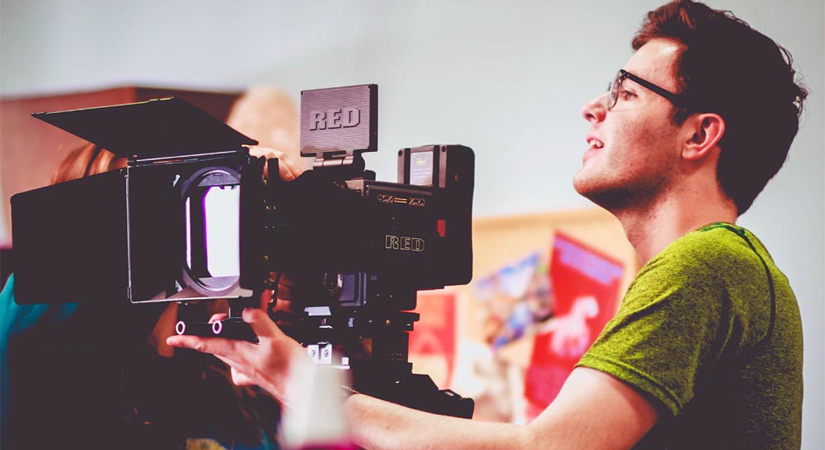 Liam MacDonald's adaption of Ned MacDonald's work promises to be an immersive experience. It premiere's at ICCA on July 25th.

-by Brad Chandler
The long and storied history of the Inverness Coal Mines will have its story told on the big screen later this summer when an Inverness filmmaker releases his very first featured film.
Liam MacDonald, 23, will be premiering his full length documentary titled The Broken Ground on July 25th at the Inverness County Centre for the Arts.
The film, which is based on texts from Ned MacDonald, is said to be a captivating feature documentary exploring the origins of the Inverness Coal Mines. It was adapted and directed by Liam MacDonald and narrated by Francis A. MacDonald.
The film idea originated over 18 months ago after the Inverness Historical Society’s Terry MacDonald reached out to MacDonald regarding two separate films focussed on the town of Inverness and the history of the Inverness Coal Mines.
What was originally expected to be a short film turned into a full length feature film after MacDonald discovered the vast amount of archival information available based on the Inverness Coal Mines.
“You can expect a very immersive experience,” MacDonald said. “This means a lot to many people that we interviewed, they really put their heart into it and put themselves out there. This documentary will hit the same beats as many other coal mining documentaries but this one is different, it is aimed more towards a younger audience because it is very important for kids to know the history because you can’t move forward in life without knowing where you came from.”
The Inverness Coal Mines were first started in the late 19th century along the bank of the Big River and were said to have initiated a new era for Inverness and its inhabitants.
Inverness was booming with miners and merchants during this time, streets were laid out in the late 1890s and houses were built to accommodate the growing population.
The town had a population of around 3,000 when Inverness was incorporated in 1904. At that time, the mine employed 482 men. By 1917, 725 men worked in the mine. It continued to operate into the 1960s when it shut down for good.
“Something I learned from making this was how many people are emotionally connected to the story of the coal mines and how relevant the story still is to this day,” MacDonald said.
The film interviews various members of Inverness County who bring viewers back to a time when the coal mines ruled day to day life throughout Inverness.
MacDonald, who is a former Inverness Education Centre-Academy graduate, says that he didn’t know much about the history of the coal mines prior to making the film but he says he now wants to use it as a learning tool for students in school. The 23-year-old says his end goal is for the film to be shown each year to students to teach them about the rich history of Inverness and the influence the coal mines had on past generations of inhabitants.