Cabot is growing again with golf course in Florida 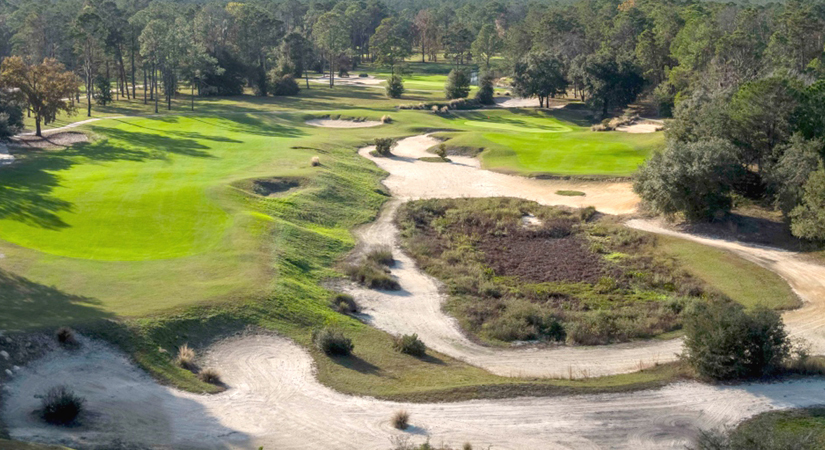 A view of the World Woods Golf Course in Brooksville, Florida, as it exists today. Soon to be known as Cabot Citrus Farms, Ben Cowan-Dewar expects to make significant changes in the coming months.

-by Bill Dunphy
From his start in Inverness with Cabot Links, Ben Cowan-Dewar has added yet another golf course to his growing stable.
According to a release, the chief executive officer and co-founder of Cabot has acquired World Woods Golf Club in central Florida.
The facility will soon be renamed Cabot Citrus Farms and will be the organization’s first foray into the United States.
“I couldn’t wish for a better location for our first U.S. development,” said Cowan-Dewar. “The property is a nature lover’s paradise that rivals the most spectacular sites I’ve seen across the world.”
Located in Brooksville, Floria, just under an hour from Tampa and just over an hour from Orlando, World Woods joins Cabot’s impressive lineup of facilities including Cabot Cape Breton (Links and Cliffs courses), Cabot St. Lucia, which is set to open later this year in that Caribbean country, and Cabot Revelstoke, currently under development in British Columbia. This marks the first time Cabot has taken over an existing facility.
World Woods was opened in 1993 and has two courses, Pine Barrens and Rolling Oaks. Both were designed by Tom Fazio and have been highly ranked in Florida.
The development will continue to operate as World Woods until spring 2022. After renovations and the addition of more amenities, it will change to Cabot Citrus Farms.
Plans call for two renovated 18-hole courses, a par-3 course, a new clubhouse and practice facilities with a putting course and driving range. Cowan-Dewar said a search for golf course architects to improve the overall playing experience is currently under way.
As with other Cabot sites, Citrus Farms will also feature real estate with sales beginning later this year. Plans also call for retail, restaurants, fitness and spa amenities, communal gathering points, and a farmers’ market.