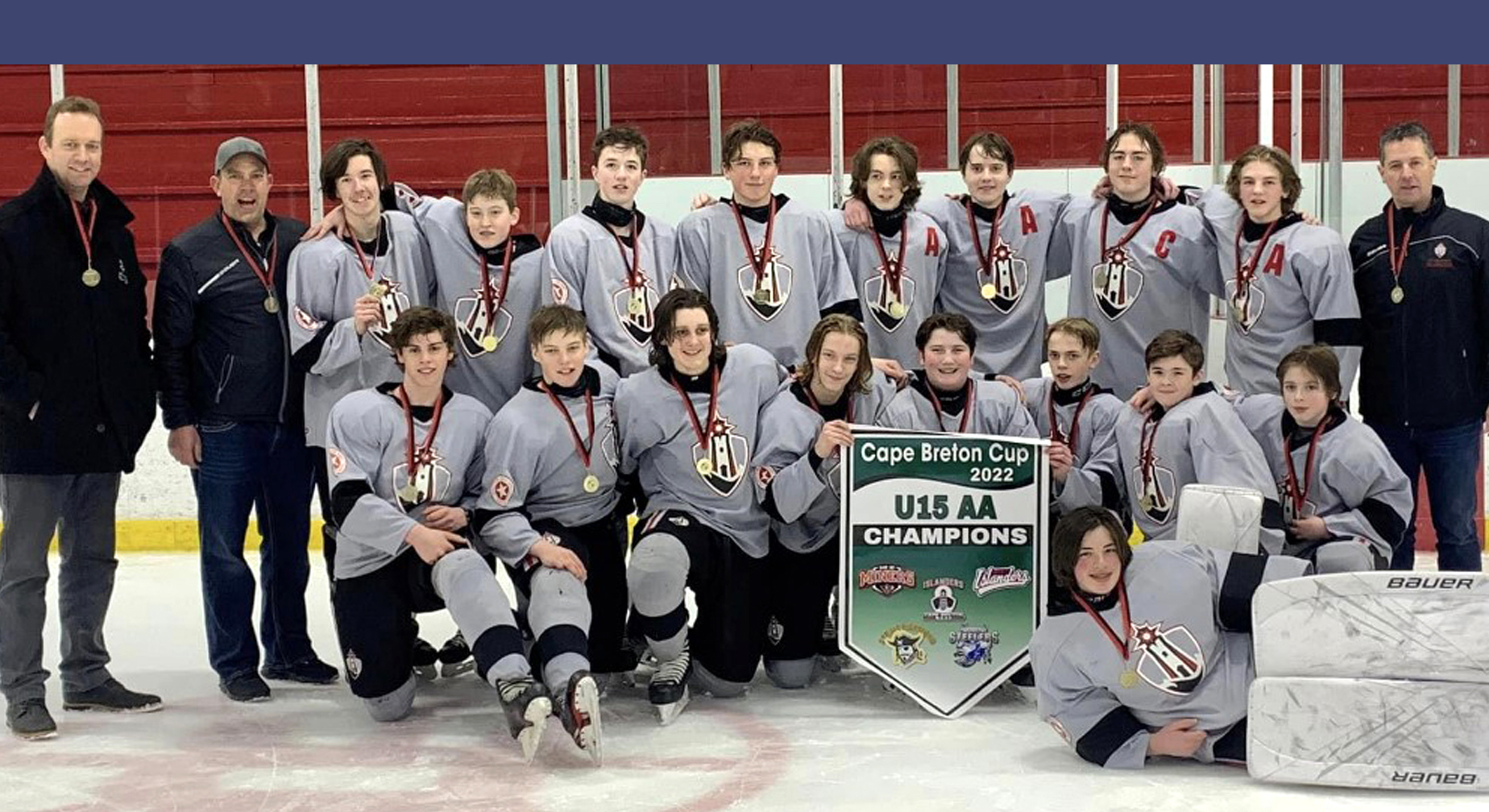 -by Bill Dunphy
The last time a Cape Breton Cup was awarded was in 2020 when the then Cape Breton West Bantam AA Islanders won it just before COVID-19 cancelled their season and before they could host provincials.
Good karma was on display Sunday as the Cape Breton West U15 AA Islanders won the Cape Breton Cup again – and this time they will host provincials for sure!
Down 1-0 to the Cape Breton County Islanders in Coxheath on Sunday with 10 minutes to go, Tristan Ross won a defensive zone faceoff, a defenceman rimmed it out to the neutral zone, and Finley MacDougall scored to tie it.
Twenty seconds into overtime, Angus Beaton won a draw in their own end, Angus Hughie MacLean gained the red line and dumped the puck in. A County defenceman attempted to chip the puck off the glass but Cole Campbell caught it and took a shot that deflected off an official. Gavin Spears picked up the puck and centered it for Beaton to score the winner.
“There are a lot of similarities between the 2020 team and this one,” said Islanders coach Jamieson Chisholm.
“We have a strong core of second-year players, a good crop of rookies, and solid goaltending. Even when they scored with 10 minutes left to take the lead, there was no panic. We were down before to these guys late and our guys don’t panic. Their reaction was, ‘Lots of hockey left boys,’” Chisholm said.
The Islanders had a chance to host the Cape Breton Cup final but lost 6-5 to the County on Friday, coming back from a 6-1 deficit but ran out of clock.
On Saturday, needing a win against Glace Bay to advance, the Islanders beat the Miners 4-1, including two empty-net goals.
With nine days of rest ahead of them, Chisholm said he will try and get five or six practices in. The team will also have a little fun leading up to provincials, including a skills competition on Saturday and possibly a game against the parents on Sunday.
The provincial schedule will be finalized for next week’s paper. The tournament will run from April 7-10 at the Al MacInnis Sports Centre.