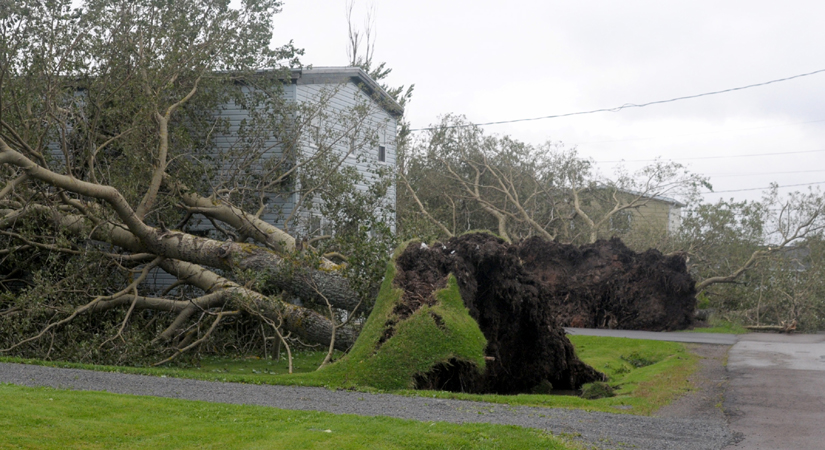 Practically every tree in Colonel Smith’s yard in Inverness fell during Dorian’s assault, but apart from a baby barn, his home and surrounding houses were left relatively unscathed.