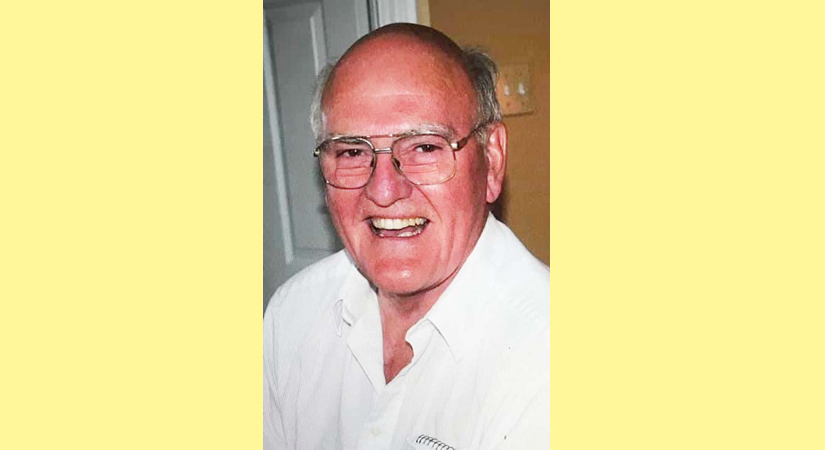 “Si monumentum requiris circumspice.”
“If you seek his monument, look around you.”

These words written to mark the death of London’s greatest architect, Sir Christopher Wren, can be attributed on an Inverness County level to a great man who passed away in Whycocomagh this past week.
Ian MacKeigan, 80, put his mark on the village as no other, but he will be truly remembered as a great friend, great gentleman, and great storyteller.
That smile and bald head drew you up close and soon you knew you were with a man who built his life with integrity at its heart.
His vision, commitment to his community, and hard work can be seen in almost every aspect of modern day Whycocomagh.
The water and sewer system, the new fire station, the Legion, the Whycocomagh Waterfront Centre, parks and trails, a modern pharmacy, and the S.S. Marion Society all came about with his willingness to work hard with the community to reach success.
His contemporary and lifelong friend, Burton MacIntyre, recalled he and Ian heading to the Port Hood Academy to get their grade 12s but after a few days the news arrived that his father had died and Ian and Burton drove back to Whycocomagh.
“We got a flat and never returned to Port Hood to get our grade 12,” Burton recalled.
Eventually they did get their higher education, Ian a graduate of Dalhousie to become a pharmacist, and Burton, in education to become a teacher and principal.
Burton said working at Stone’s in Baddeck got Ian interested in pharmacy and after graduation he worked for Lawton’s in Halifax.
Eventually, he moved back to Whycocomagh to open the pharmacy and run the grocery store and that is where the love of his life, Shirley, raised their family and became so integral to the area.
He eventually opened a pharmacy in Port Hawkesbury and when he sold it some of the staff moved to Whycocomagh’s new MacKeigan’s Pharmacy.
“We were always working on a new project together,” Burton said. “He was on the board of the Canadian Pharmacy Association as well.”
“His legacy is everywhere,” Burton added. “And there was always, ‘Did you hear this story.’”
And who can forget the laugh and his zest for life.
It rubbed off on all who knew him.
Burton said we will never know of all the people he helped in the area and through the pharmacy.
Former Inverness County Warden Duart MacAulay worked for and with Ian for most of his adult life, but Duart recalls the friendship most of all.
“He helped so many people, anyway he could, and he did everything in a way that made it easier to accomplish the goal,” Duart said.
“It’s a great loss to the community and even in retirement his advice was sought,” he added.
Duart said the community and people always turned to Ian in hard times.
“His hand was in everything,” he added.
Ian loved to garden and he would drop bags of his vegetables at your door which gave him a lot of joy in his failing years.
“When you think of Ian you naturally think of gentleman,” said former premier, Rodney MacDonald.
“He was a true gentleman, committed to his community with a vision to build for the future,” Rodney said.
Ian was president of the Inverness County P.C. Association when Rodney was in politics and played a vital role in his success.
“He was one of the biggest reasons I became leader and eventually premier,” Rodney added.
He said Ian was the ace-in-the-hole when a community was looking to complete a project because of his integrity and his honest friendliness.
Yes, Ian MacKeigan will be missed, but we are much better off because of the time he spent in our lives.