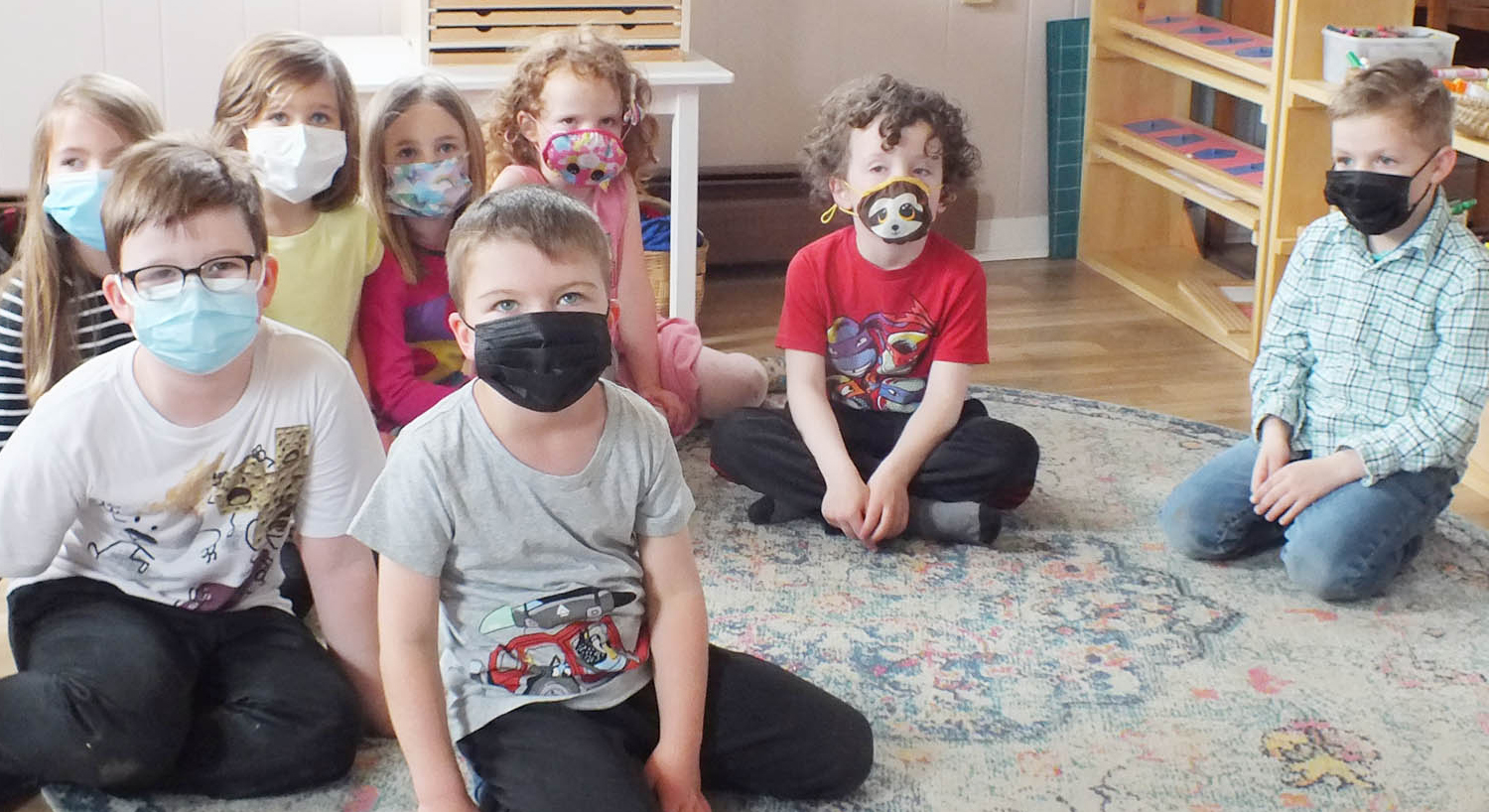 Masks on and preparing for the next lesson.

-by John Gillis
For the past year or more, a group of parents and community members have been active in establishing a new independent Gaelic immersion school in Mabou.
Speaking with Kenneth MacKenzie last Thursday, The Oran learned more about what it took to establish the school and how things have been progressing to date.
“It’s been somewhat of a challenge given that it’s coincided with the COVID-19 pandemic, but we’re moving along,” MacKenzie noted.
The school opened in September 2021 and it currently has nine students who are grade primary and grade one. The school has one teacher, Emily MacDonald, and there is a teaching assistant as well, Stacey MacLean.