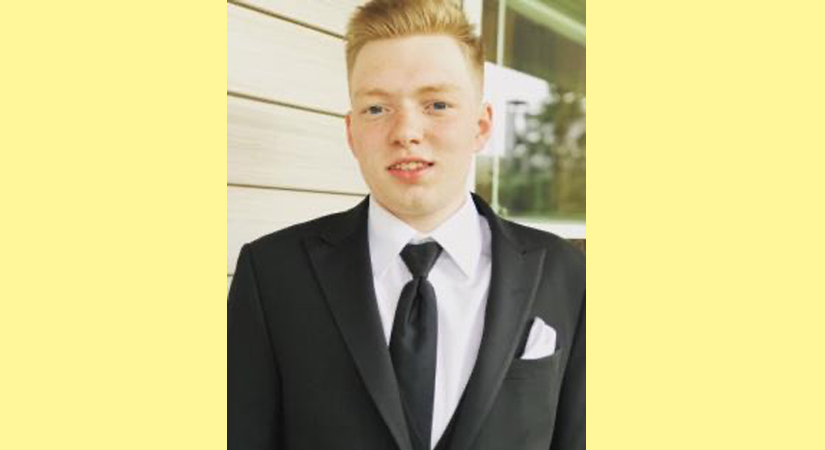 -by Brad Chandler
They say there are some who bring a light so great to the world that even after they are gone their shine still remains.
That same saying can be said about Whycocomagh’s Owen Dermody, who will have a boxing card held in his memory at Centre 200 in Sydney on October 8th.
Owen was just 19-years-old when he passed away in August of 2020 and will now have his memory honoured in a 16-bout boxing card hosted by Thunder Boxing known as “Thunder in the Cape.”
Throughout the night, there will be numerous commemorations in his memory, including a video tribute and an honourary plaque presented to his family.
“We really want it to be about him and his family and we really just want everyone to come out and remember Owen,” said event organizer and Thunder Boxing manager Lisa Mills.
Throughout his life, Dermody was known to be an avid combat sports fan, especially taking a liking to the sport of boxing in 2016 after meeting and following the career of Cape Breton superstar boxer Ryan Rozicki.
Roziki, who is the number one ranked cruiserweight boxer in Canada, is currently engaged to be married to Owen’s sister Dionne Dermody as of this past February.
The 27-year-old boxer trains out of the Thunder Boxing gym in Sydney and is said to be a driving force in helping October’s event happen.
After attending Roziki’s first professional fight in New Brunswick in 2016, he was hooked. He enjoyed the live events most, often travelling to Ontario and across the Maritimes to cheer on his favourite fighter.
Family and friends of Owen will remember his laughter and excitement recounting his experiences on this journey.
In 2020, Roziki began boxing with Owen’s name on his boxing shorts, something his family says would be a small thing to many but would mean so much to Owen.
His mother, Adrienne Dermody spoke of her son and all the lifelong memories he left behind.
“Owen was 19 when he left us on that Saturday, August 8th, 2020, summer evening. An evening spent with his brother Cole (Dermody) and sister Dionne (Dermody), cousin Ellie (Campbell) and friend Kaylin (MacNeil). Swimming in the quarry, laughing, and listening to music,” she said. “Two days prior, Owen went with his girlfriend Maddy (Eisenhauer) to get his first tattoo, “Dermody” above his heart. The next day, standing on the deck he asked me, “Do you like it Ma? Isn’t it wicked?” Touching his heart, being careful not to smudge the ink, “It’s perfect bud. Leave it alone, let it heal.” If only I could known then how that moment would be replayed in my darkest moments. Since 2020, at least 20 friends and family have honoured Owen with a tattoo. But that was Owen. He always stopped for a second, checked in with whoever was around, shared a laugh. Always up for the next adventure.”
October’s fights will be the first for the Thunder Boxing Club, who have been training together for the past number of years.
“The kindness of Lisa Mills and the Thunder Boxing Club to have [a] fight card in Owen’s memory will bring strangers, friends, and family together for a night of laughs and memories, all of Owen’s favourite things,” said Adrienne Dermody. “There is no way to possibly thank them enough. As parents, Wayne [Dermody] and I are broken, of that there is no doubt. But a gathering of Owen’s people and new friends brings us joy. There is comfort in knowing he is thought of and remembered by so many. As Dionne and Cole continue to heal, know this boxing event is part of their healing. Knowing people will share a laugh, shake their head at his many experiences shared with so many, toast him, hold his niece and namesake Maylee Owen, and speak his name with love, what more could we ask for?”