Pleads guilty to the manslaughter of Cassidy Bernard 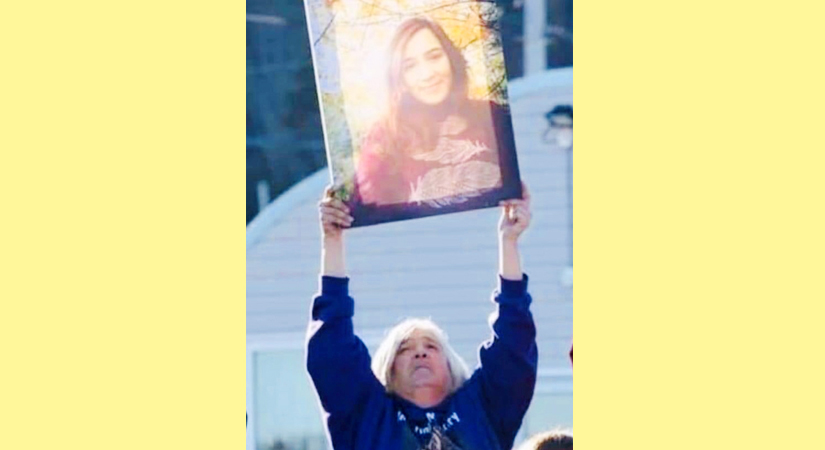 -by Rankin MacDonald
Justice for Cassidy Bernard, 22, is finally being realized, but the pain of her death will last a lifetime on Cape Breton Island.
“It won’t bring her back, but it will bring some justice for her and the twins,” said her mother, Mona Bernard, on Monday after the killer, Dwight Austin Isadore, confessed to her death in a Port Hawkesbury courthouse.

It began in late October 2018 when Bernard and Isadore, former partners and parents of twin girls, exchanged angry texts over their phones until Isadore unexpectedly turned up at Bernard’s home in the early morning hours of October 21st.
They got into an argument concerning drugs and about her moving on with her life until he started punching her on the head, shoulders, and neck.
There were no drugs found in Cassidy Bernard’s body.
Isadore punched her viciously at least 10 times, until she went unconscious. He tried to wake her up, he even took her out into the cold air to see if she would come to, but when she didn’t, he carried her to her bed, tucked her under the covers and applied a lot of make up to her face to hide the bruises.
They were hard to cover because he hit her as hard as he could.
He wiped the place off his fingerprints.
His bank card was left on the floor of her bedroom, which she shared with the seven-month-old girls in cribs.
Mona Bernard was worried when Cassidy didn’t answer her calls, so on October 24th, she and support worker Bree Mengee went to the house and found Cassidy dead in her bed. The babies were confused, dehydrated, disoriented, malnourished, their lips were blue and their diapers were full as they stood in their cribs.
On October 24th, Isadore who lived in Wagmatcook, was questioned by the RCMP and he old them he hadn’t seen her since October 8th and hadn’t been to the house for five months.
The post mortem showed that she died of repeated blunt-force blows to the head and neck.
The We’koqmaq First Nation put out a reward for information about her murder and marches with participants wearing red were held along the Trans Canada Highway and the Canso Causeway was even closed for a short time, all to hit home with the murder of young, aboriginal women across Canada. It even was brought up in the Nova Scotia legislature. Isadore was finally brought to justice using the Mr. Big sting.
People he shared prison with befriended him pretending they belonged to a gang, and he could be included, but he had to tell them about one of his worst acts.
He fell for it, confessed and was charged with Cassidy’s murder.
It is possible that the reason the prosecution dropped the second degree murder charge and accepted the manslaughter charge was because the courts don’t look kindly on the Mr. Big scenarios.
Isadore also pleaded guilty to two charges of child abandonment.
Isadore will be sentenced on Wednesday, July 6th, in Port Hawkesbury.
The maximum sentence is 15 years.