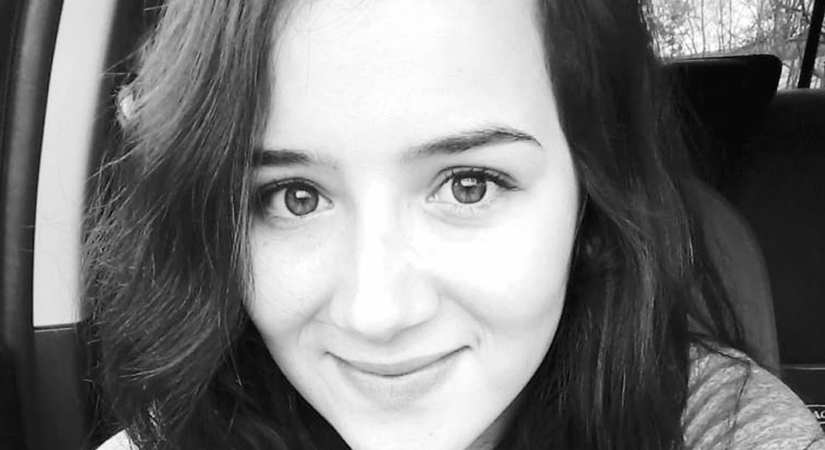 -by Brad Chandler
After nearly four years, family, friends, and the community of We’koqma’q can now find a sense of closure as justice for their beloved daughter Cassidy Bernard has finally been realized.
On Wednesday, Associate Chief Justice Patrick Duncan sentenced Bernard’s former partner Dwight Austin Isadore to a term of 18 years in prison for beating her to death in October 2018.

Isadore was given a 15-year sentence for manslaughter and an additional three-year sentence for abandonment of a child after the then 19-year-old killed Bernard and left their seven month old twin daughters alone for nearly three days.
Isadore is expected to serve just above 14 years of the sentence after already serving time in  custody following his arrest in 2019.
On Wednesday, the 23-year-old learned his fate in a Port Hawkesbury Supreme courtroom in front of nearly 20 of Cassidy Bernard supporters.
“I am a little overwhelmed, but I am really satisfied with the outcome,” Cassidy Bernard’s mother Mona Bernard said following Wednesday’s proceedings. “[This process] was really hard, I didn’t sleep, I didn’t eat…but I am okay now, I think I will be okay to move on.”
In June, Isadore admitted to physically striking Bernard over 10 times in her face, neck, and stomach area after arriving at her home unannounced in the early morning hours of October 21st, 2018.
Earlier that evening, the two had exchanged text messages where they had argued over drugs and Bernard potentially moving on from their relationship.
Isadore had beaten the 22-year-old Bernard to the point of unconsciousness in front of their two seven-month-old twin girls who sat in a crib nearby.
After becoming unresponsive, Isadore took Bernard outside into the cold to try and see if she would come to. After seeing no change, Isadore placed Bernard’s body in her bed, tucked her in, and heavily applied makeup to her body to try and hide some of the bruising that was created during the beating.
Isadore then attempted to remove his fingerprints from the scene and exited the residence, leaving his two twin daughters alone in their cribs to fend for themselves.
Over the next two days, family and friends failed to make contact with Bernard over the phone. On the third day after her death, Cassidy’s mother Mona and a family social worker visited her residence and discovered Bernard’s body tucked in her bed.
The social worker told the court Wednesday that she now suffers from PTSD and anxiety from what she saw that day.
According to court documents, there was no heat on in the home despite it being mid fall and the kids were left without food, water, or sanitary items. The babies were confused, dehydrated, disoriented, malnourished, their lips were blue and their diapers were heavily soiled.
On Wednesday, Crown attorney Peter Harrison told the court that Isadore failed his duties as a father.
“A father’s primary obligation towards his children is to protect and nurture them, to put their happiness and well-being before his own, and to sacrifice for them so that they can have more opportunity. Mr. Isadore abandoned his daughters in October of 2018, actively failing those duties and endangering their lives.”
During Wednesday’s proceedings, members of Bernard’s family and community delivered victim impact statements to share how the loss of Cassidy has affected their lives.
Cassidy’s aunt Gina Poulette recalled the day of her death and the instant effect it had on everyone in her family. “The girls, as weak as they were, were looking for their mom. I cannot erase in my mind the look of loss.”
Cassidy’s mother Mona Bernard said, “Cassidy’s murder has just changed me, the pain has hurt me so deep in my soul. I am not the same person I was before and I will never be the same. My heart is so broken. These two little girls are my life. I know that not too long from now, because they start school in September, that I have to tell them about their mommy. We will all be missing a piece of us forever.”
We’koqma’q chief and cousin to Cassidy, Annie Bernard-Daisley, warned Isadore from across the courtroom Wednesday that he will no longer be welcomed in the community of We’koqma’q.
“Before you did what you did, We’koqma’q had a strong sense of security, it was a place of peace. You will never walk in our community ever again. You are not welcome. You took from me, you took from my family, you took from my community, and you took a mother away from her children.”

During Wednesday’s proceedings, Isadore made little eye contact in the direction of Cassidy’s supporters and was slumped over with his elbows on his knees for the majority of the sentencing process. Neither he nor his representative, Wayne MacMillan, chose to respond to any claims made during the victim impact statements or sentencing.
Isadore had no supporters on his side of the gallery.
Following Wednesday’s sentencing, Gouthro and Harrison told reporters outside a Port Hawkesbury courtroom that while the charge of manslaughter is unfortunately quite common, they don’t recall another case that had the additional child abandonment charge added to it as well.
Gouthro said 18 years is on the heavier side of the sentencing spectrum for these crimes but that the details of Cassidy Bernard’s killing made the term appropriate.
“[to find a reasonable sentence] we looked at case law, we looked at facts and they were near murder, as far as manslaughter goes so we came up with the numbers we thought reflected the seriousness of the offence.”
Harrison added that “the three-year consecutive sentence for child abandonment is one of, if not the highest, sentence ever imposed in this country, which recognizes the significant aggravating factors that were present in this case and that were outlined in these proceedings.”
When leaving Wednesday’s sentencing, Mona Bernard told reporters, “one (Missing and Murdered Indigenous Women) case solved, we got many more to go.”