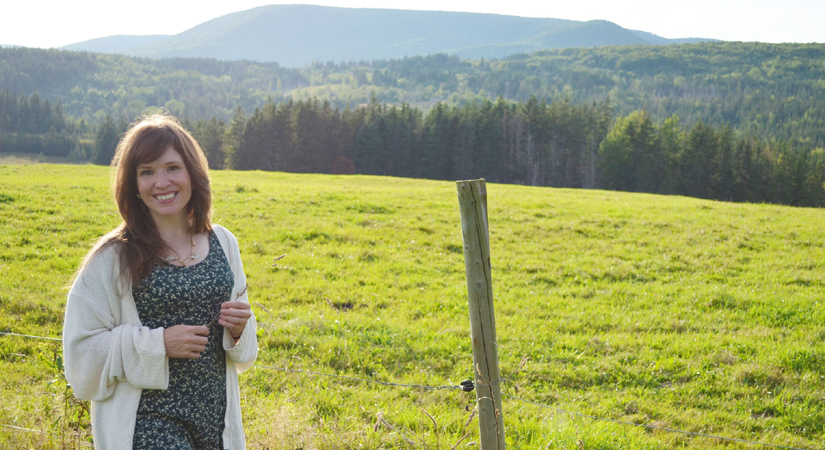 The astute and incomparable Katie Beaton of Mabou just released her memoir on her time in the oilsands when she was in her 20s. Since Ducks: Two Years in the Oil Sands has been published and shared with the world, it has been a momumental amount of big league press and fanfare, not to mention a North American book tour.

Last week, Mabou’s own Kate Beaton, New York Times bestselling cartoonist of Hark! A Vagrant, published Ducks: Two Years in the Oil Sands, a groundbreaking work of literature and art.
The reception is overwhelmingly positive from press and critics alike, including The Walrus, CBC’s Q with Tom Power, The Narwhal, and The New York Times.
“It’s pretty surreal. I’ve been working on it for a long time by myself without anybody reading it and all of a sudden it’s available for a lot of people and there’s a lot of press, so it’s quite a 180,” Beaton told The Oran in a phone interview.
Ducks, published by Montreal-based Drawn & Quarterly, is a graphic memoir about Beaton’s experience as a young woman working in Alberta’s oil sands where she moved to pay off her student loans.
She tells a personal story through expressive drawings and compassionate portraits of the people she met there.
The book exposes a piece of Canadian history and the reality of work camps that few outsiders see or speak about.
As The New Yorker author and literary critic, Carmen Maria Machado, said, Ducks is “an exceptionally beautiful book about loneliness, labour, and survival.”
Ducks deals with harsh realities and tough topics, including sexual harassment and assault and exploitative oil companies.
Beaton delves into an environment with her cartooning prowess where trauma is an everyday experience.
“People who’ve worked out there are aware of the two extremes that you can bounce through – human kindness and the worst parts,” Beaton said.
Anybody in a camp setting, she said, usually has a few stories, “about something that they saw that bothers them or that even haunts them, or just how unnatural a place it was to live and how outside of the boundaries of regular society it is. They would see people transgressing those boundaries. I don’t think it’s a surprise to anybody around here to read those (stories).”
She notes that the work culture in Ducks is not limited to the oil sands, “Any work environment can have an embedded culture like that.”
Beaton does not want to generalize, she is aware that her experience of the oil sands is not the same as everyone’s, “everybody who goes to the oil sands has a different experience, it’s not a universal one. In the places where I was, that was the environment.”
Some characters in Ducks behave in unrestricted, abusive, and unhinged ways. Beaton clarifies though, that not everyone out there acts in the same way, “there are people that are raising their families. Or people there who are totally fine.”
People from Inverness County, including her sisters, show up in Ducks – she changed most people’s names for privacy. Having to move out west to work is a common story on the East Coast, which people from Inverness County can understand on a profound level. While she was in Alberta, some people from here welcomed her with warmth and kindness.
“When I got there, I was invited to someone’s house for Thanksgiving that I had never met, because they grew up next to my father, but they had gone out themselves in the ’80s or ’90s and their house was a stopping point for a lot of people coming through…that sense of community transported itself over there in a way that I really needed because I was very alone.”
She says the response from the community of home has been good and supportive. A lot of people in the area have family who has worked in the oil sands, or who worked there themselves.
“I tried to put a lot of nuance in the book and to show a variety of experiences through the people that I knew,” she said.
Her experience there was coloured by the fact she was a young woman, she said. It was also impacted by the time, which was pre-Me Too Movement and pre-mainstream climate change awareness.
“I don’t know what Fort McMurray is like today. I don’t know how things have changed. But at that time, there was a lot of company lip service to the idea of zero tolerance. While the reality on site was obviously much different,” she said.
The landscape of Mabou pops up throughout Ducks as a place of solace and refuge – as a place where her mind can escape to.
“You hold on to home. We have lots and lots of songs and things written about that too, where they were plaintively wishing to go back home. Or being wistful about the place where they were born and raised. Cape Breton culture is full of these things for a reason,” Beaton said.
The oil sands were an alien world to her; it was vastly different than being at home.
“Here, I knew who I was, and I knew who the people around me were and it was just like night and day,” she explained.
She adds that there is a certain sentimentality about home on the East Coast, and even a level of romanticizing what we have here, “we are brought up knowing that we have to leave here, well at least we were in my time.”
“You see examples of it in everyone that you know, she said, “when they come home and there is that feeling of connection again, and there’s just no place like it for you.”
“I hope that people from Inverness County feel that it’s an honest depiction. That was my main concern. I wanted to put out the story to the bigger world in a way that was as truthful as I could,” Beaton said, adding, “And if I did that, then I did my job. So, I hope that people find their truths in it or can agree with mine.”
Beaton is currently on tour this fall to launch Ducks. She will be in 10 cities – Halifax, New York, Boston, Toronto, Vancouver, Los Angeles, Seattle, Portland, Calgary, and Winnipeg.