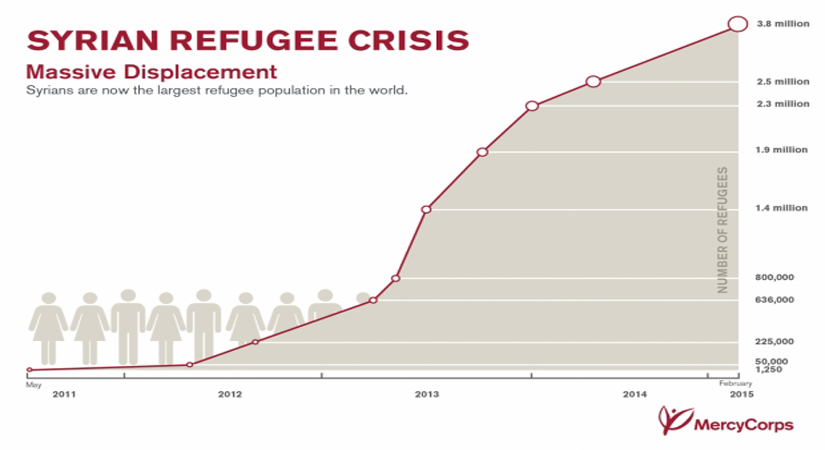 The Syrian refugee crisis has been called perhaps the worst humanitarian crisis since World War II.

Millions of people are fleeing war-torn Syria in hopes of finding refuge in Europe or anywhere that offers them some hope for the future. They have faced arduous journeys in small boats and on foot and risk their lives in that process.

The issue has dominated world news in recent years, divided European leaders and sparked a heated discussion here in Canada on the campaign trail and in the letters pages of The Oran.

Across Canada groups have begun to mobilize to see if there is some way they can help.

Pope Francis has also issued a challenge and called upon each European parish to sponsor a Syrian family.

Joe Morris of Port Hood has been spearheading an effort that began in St. Peter’s Parish, Port Hood. While the Port Hood group is inspired to action by the call of Pope Francis they emphasize that this is an interfaith or non-denominational effort open to anyone interested in helping.

“A meeting was held at St. Peter's Parish Hall, Port Hood on Sunday, October 4th to explore the possibility of sponsoring a Syrian refugee family. There it was decided to invite all interested people from Inverness to Creignish to join us in this humanitarian venture. At our next meeting, scheduled for Sunday, October 18th at 2:00 p.m. at the same location (Creignish), we hope to see a committed group from these areas so we can move quickly, form committees and apply to receive a family torn by civil war,” Morris told The Oran.

Some of the people who attended the first meeting had experience assisting other refugee families that have been sponsored in Port Hood in past years.

Morris said he is also aware of an effort in a Dartmouth parish to sponsor a Syrian family and he said they have been helpful as well in the local effort.

Morris says the Immigration Services Association of Nova Scotia has been a helpful organization as well.

“The meeting should be a barometer on what support there is out there – whether we can support one family or two,” said Morris.

For more information or if you are interested and cannot make this meeting, please contact Joe Morris at 902-787-3284 or e-mail This email address is being protected from spambots. You need JavaScript enabled to view it..