Alistair MacLeod mourned across the county and the country 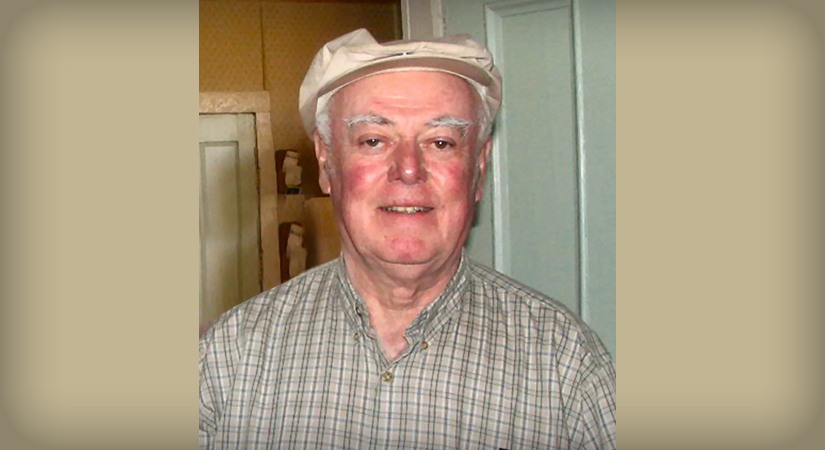 “All of us are better when we are loved.”

Alistair MacLeod, internationally acclaimed author and much loved resident of Dunvegan, died on Easter Morning at the age of 78.

News of Alistair’s death reverberated across Canada in newspaper headlines and radio and television reports announcing the loss of a literary genius. More importantly, there was recognition by columnists and commentators and others who had met him, of the loss of a man whose dignity and humility, humour and openness left an impression of the person upon those who knew him as deep as the impact of  his brilliantly crafted stories.

Alistair MacLeod’s first collection of short stories, The Lost Salt Gift of Blood, was a publication that would define the writer’s slow waltz with his muse. Jack McClelland of the publishing firm, McClelland & Stewart, once said in an interview that when he read Alistair MacLeod’s first published story, The Boat, he knew that he wanted to publish a book by this author.

Where other authors wooed by the country’s leading publisher might anxiously rush to the offer, McClelland said he had to wait another six years for Alistair MacLeod to compile enough stories for a book. It was worth the wait. The Lost Salt Gift of Blood enriched Canadian literature.

The Lost Salt Gift of Blood also enriched a people’s sense of themselves.

In Cape Breton, in Inverness County, what mattered about Alistair MacLeod’s book might not have been its literary excellence as much as the fact that it was about us, about fictional people to be sure, but about people we knew, about fishermen and miners and stevedores, about lives lived not unlike the way people from western Cape Breton lived their lives, lives important enough that a man who would be ranked among the world’s greatest writers would spent the length of his entire talent finding new ways to explore the human experience of being alive within the parameters of the Gaelic culture from which he and we descended.

Jack McClelland was a patient man. It was another ten years before Alistair MacLeod, described by one person as the tortoise of the literary world, had written enough stories for a new collection, As Birds Bring Forth the Spring (1986).

Meanwhile, Alistair and his wife, Anita, lived in Windsor, Ontario, where he taught creative writing at the University of Windsor and where together they raised a family of six children. Summer breaks always brought Alistair and Anita and their children back to his family home in Dunvegan where they immersed themselves as deeply in the community and parish as they did in Windsor. Theirs was a home as hospitable as any in Cape Breton, welcoming friends and neighbours and fellow writers, and amid it all the writing quietly went on.

Alistair’s craft was acknowledged by the Dunvegan community when, a short distance from his house, on a hard-to-access rise above the Gulf of St. Lawrence, a small cabin was built sans electricity or plumbing, a studio for the writer among them whose favourite and only tools were a scribbler and ballpoint pen. In that tiny retreat he would go to work when he could or had to, and eventually the produce of that time would find its way into literary journals or short story collections, and within those stories there we were again.

In the late 1980s, with only 13 published short stories to his credit, collected in two slim volumes, the quality of what those tales contained was evident when the University of Edinburgh held a symposium on the writings of Alistair MacLeod, with presenters coming from Europe and North America to deliver papers of Alistair’s collected work. It was at this symposium that the great Gaelic poet, Sorley MacLean, called Alistair MacLeod “the greatest living short story writer in the world.”

Short stories can’t always contain the vision of a writer, although in 1988 another MacLeod short story was published titled Island. So well and widely received was Island by the literary world that Saskatchewan’s Thistledown Press brought the story out in a limited hardcover edition of 150 copies.

The 1990s seemed to MacLeod readers to be barren until 1999 when that vision that couldn’t be contained within a short story was published by McClelland & Stewart as a novel titled No Great Mischief. The novel about a Cape Breton family, the clann Chalum Ruaidh, spread like wildfire across the globe, was translated into a score of languages, and was lauded as one of the great novels of the 20th century. It was the first Canadian novel to be awarded the IMPAC-Dublin Award, the richest literary prize in the world.

In a May, 2013 interview with CBC’s Michael Enright, the radio host asked if Alistair thought that No Great Mischief was the great Canadian novel, and when Alistair was humourously non-responsive, Enright said, “Well, it will do until the real one comes along.”

No Great Mischief catapulted Alistair MacLeod’s reputation into the public domain, spirited him away to give readings and interviews as far off as Australia and brought the world to his front door as reporters and photographers from faraway places such as Japan came to interview that man whose great novel had awakened in them some sense of themselves, affirming the writer’s belief that “the success of writing is making the regional universal.”

He also became the subject of a fine documentary, Reading Alistair MacLeod.

While MacLeod’s summers in Cape Breton had always been interrupted by invitations to literary festivals or to be an adviser at the writing school founded by his friend, W.O. Mitchell, at the Banff School of Fine Arts, following the publication of No Great Mischief the demands on his time grew heavier. Yet all the celebrity in the world didn’t alter Alistair’s commitment to his family or his community, and after No Great Mischief a person was as likely to have his ticket to the Broad Cove Concert taken at the gate by Alistair MacLeod as before its publication.

As a figure in his community which extended to include Inverness from where he had graduated from high school, Alistair was always a welcome sight and not just because his presence meant that it must be summer, but because of the comfortable company he made with anyone with whom he stopped to talk, to share a cup of tea, a beer at the Hoff tavern. It was the same comfortable company that one found at Anita and Alistair’s home on a spontaneous visit there.

Later this week, Anita and their six children, Alexander, Louis, Kenneth, Marion, Daniel and Andrew will be bringing Alistair, husband and father, home to Dunvegan a final time, a time for the writer to put aside his ballpoint pen and find the eternal rest that awaits him among generations of other family members in St. Margaret of Scotland’s Cemetery in Broad Cove.

With his passing, Canada mourns the loss of a great writer but inherits from that writer a legacy of stories of profound insight and elegance, stories that accomplish what Alistair MacLeod felt art should accomplish: “All art...is an attempt to bring beauty into our lives.”