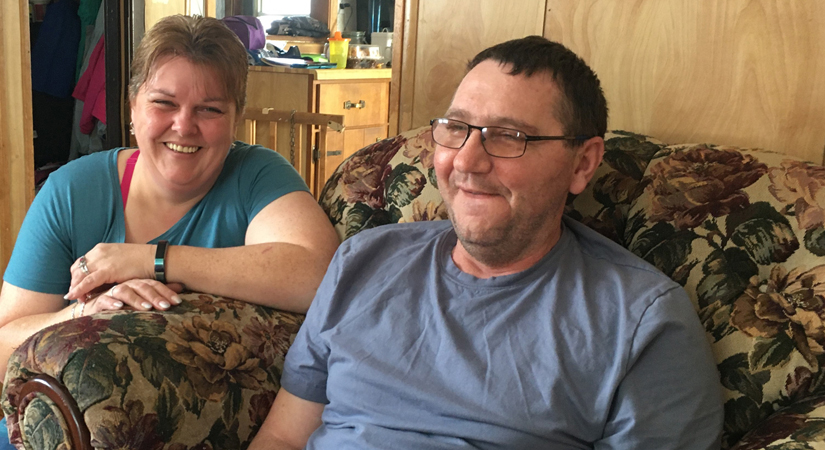 Daniel “DJ” Timmons can laugh now, a change in expression for a man who was once too exhausted to smile.
The East Big Intervale father, 45, came home at Christmas with new lungs, transplanted after a bad gene ruined his own, turned him so weak that he could eat no more than a bite nor hold his grandchildren nor walk the quiet country road near his house.
“Least a fellow can breathe now, compared to before,” Timmons said Monday in his living room, where oxygen tanks, once his constant companions, were conspicuous by their absence.
Timmons has alpha-1 antitrypsin deficiency, an inherited disorder with symptoms that most often become apparent between the ages of 20 and 50.
In the early stages, the disorder causes shortness of breath, fatigue, and weight loss. It can also impair liver function in infants and adults. For smokers, the onset is earlier and more severe. Roughly one in every 1500 people with European ancestors will develop the symptoms. In people of Asian descent, the number is far smaller.
Timmons was waitlisted in July for a transplant at Toronto General Hospital. Then, in an 11-hour surgery on September 25th, doctors replaced his lungs with those of a donor, who is unknown to Timmons.