Superport loses out as harbour dues leave town for Ottawa 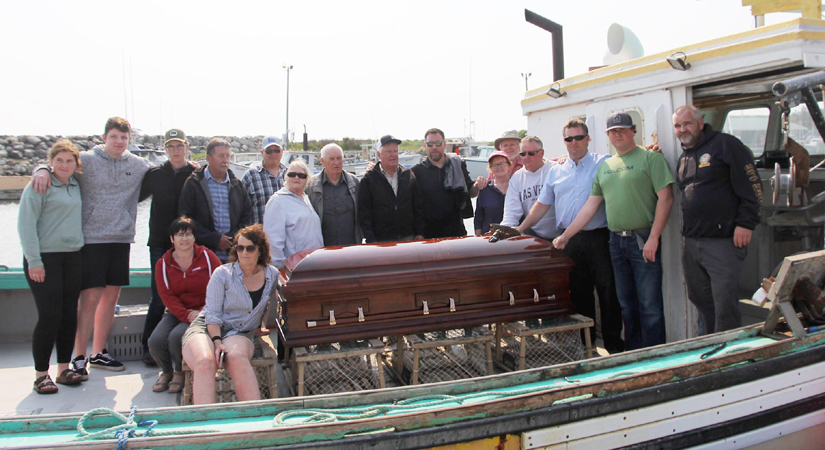 The Canso Superport Corporation makes money, but it’s money that gets sent to Ottawa and isn’t reinvested locally.
Tim Gilfoy, the chief executive officer for the corporation, told Port Hawkesbury Town Council’s Committee of the Whole that someone has to take the lead to change that.
Gilfoy made a presentation to council at a meeting held virtually on Wednesday of last week.
He told council that the CSC needs to be recognized under the Canada Port Authorities, which operate at arm’s length of the government.

“There are 18 CPAs and if you insert Port Hawkesbury in among them, we rank seventh in terms of the volume of traffic we have here,” he said.
According to the Canada Marine Act, CPAs set the business direction and make commercial decisions for the port; set their own fees (for example, berthage, and wharfage fees) but such fees must be fair; are responsible for maintaining and dredging commercial shipping channels; and act as landlords, leasing their port operations to private operators.
CPAs must be financially self-sufficient. They don’t receive federal funding to meet operating costs or deficits. CPAs finance their capital projects using their own revenues. But they can also partner with the private sector, borrow from a commercial lender or apply for certain federal grants related to infrastructure, the environment or security.
“We feel quite strongly that any revenue collected at the port should be reinvested in the port,” Gilfoy said, noting that the Superport’s assets have grown from $2.4 million to $14 million since the corporation’s inception.
He told council that before 2008, harbour dues collected were around $1.2 million. That dropped to $700,000 a couple of years ago and is now around $500,000.
“They don’t do maintenance, there’s no dredging, no ice – in a lot of ways it’s a tax,” he said.
When asked by deputy mayor Blaine MacQuarrie what obstacles the CSC faces, Gilfoy said, “The one important thing we’re not able to achieve is going forward in a unified voice. If we don’t have a unified voice, we won’t get far with Transport Canada.”
Gilfoy said the reluctance lies in a governance structure for the industrial base. “Our main goal is to develop a structure where harbour dues stay here for reinvestment. We’re unable to convince everyone to get in and restructure to meet everyone’s needs.”
The Canso Superport Corporation includes the wharves at Mulgrave, Port Hastings, and Port Hawkesbury. Gilfoy said ships that dock at one wharf and then another are paying harbour dues twice, which is a disincentive for shipping.
“There are boundary lines for each port and if a vessel crosses those arbitrary lines, they can be charged harbour dues twice. We’re advocating that those boundary lines be erased,” he said.
MacQuarrie said the potential for future employment opportunities is around the port.
Councillor Hughie MacDougall said the port is one of the top concerns of the District Planning Commission. “How can we promote that to create employment, as a town or as an area?”
“There has to be an entity to lead,” said Gilfoy. “It’s important to lobby the provincial and federal governments for funding opportunities, but unfortunately, ports like ours are unable to apply.”